Real Estate Markets Are Local ... But Capital IS Global!

In the early 2000's, several large American Investment Banks were in Japan reliving the US S & L crisis of the 1980. Because Shaffer was an RTC contractor and Receiver, he knew how that crisis turned out and enjoyed meeting with the American Investors in Japan. As the world became more global in the following years, this group of friends that had conferences and shared ideas started to grow. By 2007, IRETO had over 100,000 members whom worked for companies with over $4 Trillion in Assets. As the goal was never to make money, Shaffer had self funded most of the activities. I decisions to expand into global research led to Alex Eidlin joining IRETO and starting the Asia Real Estate Report. IRETO continued to grow and established global partnerships with groups like Cityscape, Cityscape Dubai, Reuters, IQPC, China Real Estate Business, ICSC and several other groups. In 2009, IRETO and the Distressed Asset Coalition joined together to expand IRETO mission. 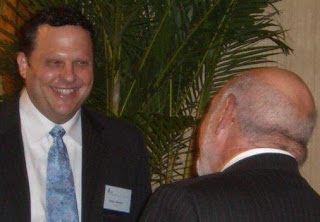